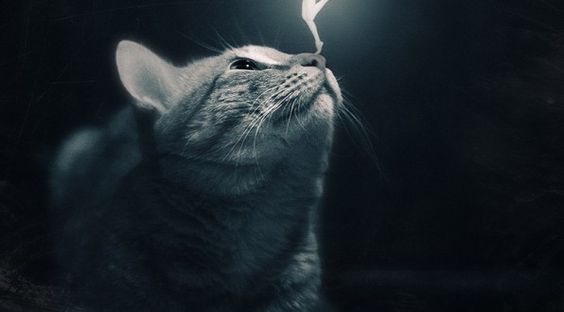 The calm city street corner was now in an uproar. People were running down the south road, desperately trying to get away from the unknown cause. Pietro, Gene, Queenie and Faye all looked at each other, eyes set hard. “Please excuse us!” Queenie exclaimed and the girls ran out. Gene reached out, but Pietro held him back. “Come on. We have work to do.” Pietro ran off, vanishing for a moment and then returning. He wore a blue and silver suit and had a different suit in his hands. “Come on, Tony didn’t see me.” He dragged out the last statement, waving the suit. A grin spread across Gene’s face. “Let’s go!” They both ran out the door and down the street. Time for work.

Meanwhile, the girls ran against the current of people trying to find an alleyway. Queen’s keen nose caught the scent of a harsh, sharp, almost toxic smell. “It reeks of some sort of cleaning product Faye!” She shouted covering her poor nose. Faye covered her mouth to cover a small smile, but then pointed to their left. “There! Go there!” Queenie saw the alley and dove to her side as faye weaved her way through the hectic see of panicked faces. Queenie gasped when she collapsed onto the alley street and Faye popped out. “We survived! I’m not trampled!” Queenie said with a dramatic flare.

Faye sighed and giggled. “Yes, we are alive and now we have to transform!” She stood up quickly and walked deeper into the dark street. Queenie sighed, rolled up and followed. They both stopped when they were about 15 feet away from the open road. Faye nodded and Queenie flashed a fanged grin. “Transform!” they both shouted. Light surrounded them both and they jumped up. Faye’s clothes were reverted into a red one-shoulder tunic with matching gloves and knee high boots. her jeans were changed into green tights with vines wrapping around her thighs. A pair of clear, sparkling wings appeared on her back and dust created a mirage mask on her fair face. “Faye!” she shouted, striking her finishing pose.

Queenie’s blue converse were exchanged for a darker boots, top and gray pants. Her brown tail and cat ears appeared and her claws were charged with electricity. “Jackal!” she exclaimed. The two now heroines looked over their outfits. “Ahhh these never get old.” Jackal purred out. Faye fluttered her wings. “Yes, but we need to hurry now!” Jackal snapped out of her pleasure and started climbing up the brick walls. Faye flew up and alongside Jackal as they headed up the street. The stench of toxic smells grew stronger and Jackal sneezed. “I know, it’s….” they both stopped at the edge of a cooperation building. Their gaze flew to the square below.

A middle-aged woman wearing a white one suit and a huge tank on her back was spraying a clear liquid onto the street. “I am Bleached Auto! I will cleanse this world of the wrongs and misused.” A cackle broke out from her thin lips. Faye cringed and Queenie covered her nose. “It is bleach. Gross.” Queenie groaned, but then saw two other figures near the woman. “Hey look! Isn’t that Pietro and Gene?!?!” Faye looked down and gasped. Sure enough, Pietro and Gene were down there. “But, they are dressed diff-“ They both froze. Gene fired ice from his hands to create a barrier around the spreading toxic liquid. Pietro was zipping around moving people away from the area. They are superheroes too!

Sherwood Forest, in the TARDIS, Narnia, Middle Earth, at Fairy Tail, on the Moon, Avengers Tower, flying in Neverland, fighting with the Guardians of the Galaxy, solving mysteries with Nancy Drew, running from cyborgs with Isa, writing in a steampunk, topsy-turvy world with senbonzakura, inside myself with the Lord
281-903-4081. Email: fvpawley@gmail.com
What? I'm in my world so leave me be. Unless you're a friend.

If you are curious about my writings, I would be more then happy to personally tell you so contact me!